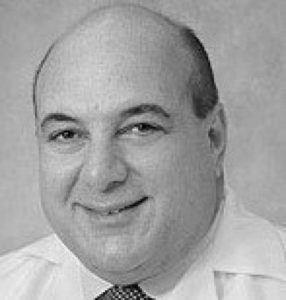 George Bakris, MD, specializes in the diagnosis and reduction of high blood pressure, particularly in complicated and refractory cases. He is also skilled in the treatment of kidney disease, with special expertise in diabetes-related kidney disease. Dr. Bakris is an expert in the interpretation of Ambulatory Blood Pressure Monitoring (ABPM), a technique that gives physicians a more accurate reading of a patient’s blood pressure.

In his research activities, Dr. Bakris explores why the rate of kidney disease is significantly higher in the black population than it is in other ethnic groups. He also evaluates specific markers of kidney disease progression and heightened cardiovascular risk, as well as how changes in the artery (central pressure) affect the heart and kidney.

Most recently, Dr. Bakris has served as the national principal investigator on two clinical trials: one trial involves renal denervation as a way to lower blood pressure in people with resistant hypertension; the other investigates a new polymer designed to lower potassium among those with kidney disease and persistently high potassium values. 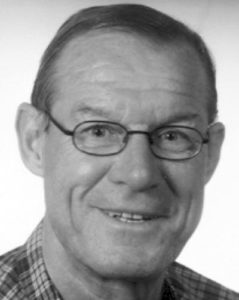 Dr. Hans-Henrik Parving (HHP) was born in Denmark in 1943. Attended The Medical School at the University of Copenhagen and graduated in 1969. In 1975 he defended his thesis ‘Microvascular permeability to plasma proteins in hypertension and diabetes in man – on the pathogenesis of hypertensive and diabetic microangiopathy’ (University of Copenhagen). 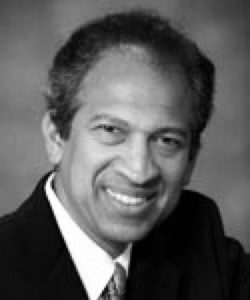 Dr. Sharma’s research efforts have focused on the pathogenesis of diabetic kidney disease (DN). His laboratory helped define the central role of the cytokine Transforming Growth Factor-b (TGF-b) in DN using cell culture and animal models and translated these findings to the human condition. These studies contributed to the development of the highly innovative anti-fibrotic approaches that are currently being tested in clinical research trials under Dr. Sharma’s guidance. Recently, Dr. Sharma has focused his attention on the contribution of the kidney to cardiovascular disease in diabetes and obesity. His group was the first to describe the role of adiponectin on podocyte function. His group has also used novel proteomic methods for clinical applications and for kidney disease. The goal of his research efforts is to develop new diagnostic and therapeutic approaches for personalized medicine in diabetes complications and kidney disease.

Dr. Sharma has maintained a strong clinical practice with a focus on patients with type 1 and type 2 diabetes and kidney disease. He has conducted NIH-funded and industry supported investigator-initated clinical trials. He has a major interest in the development of clinical biomarkers of kidney disease progression. 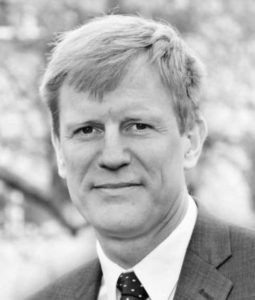 Peter Rossing is a clinician researcher devoted to complications in diabetes with focus on renal and cardiovascular complications. He obtained a specialist degree in internal medicine and endocrinology 2004. Since 2007 he has been a chief physician and manager of the Steno Diabetes Center Copenhagen research team dedicated to the research of micro-and macrovascular complications of diabetes.
Since 2012 Professor in diabetic angiopathy at University of Copenhagen. Peter Rossing has in epidemiological studies investigated key features of the pathophysiology of the diabetic kidney at different stages. He has identified several markers for development of diabetic nephropathy; making it possible to predict the individual risk. He has been involved in several intervention studies in patients with overt diabetic nephropathy aiming at improving the prognosis.

He is coordinator of the EU FP7 project PRIORITY aiming to test if urinary proteomics can be used to stratify prevention of renal complications in type 2 diabetes, and the Novo Nordisk Foundation grant PROTON aiming at personalising prevention of diabetic nephropathy.

He has co-authored >390 papers and his h-index is 65. He received the Minkowski prize in 2005 and the Golgi prize in 2016 both from the EASD and Edwin Bierman award from ADA in 2019. Past president of the Danish Endocrine Society, and of the European Diabetic Nephropathy Study group and chairman of the Danish National Diabetes Registry

This website uses cookies to improve your experience while you navigate through the website. Out of these cookies, the cookies that are categorized as necessary are stored on your browser as they are essential for the working of basic functionalities of the website. We also use third-party cookies that help us analyze and understand how you use this website. These cookies will be stored in your browser only with your consent. You also have the option to opt-out of these cookies. But opting out of some of these cookies may have an effect on your browsing experience.
Necessary Always Enabled
Necessary cookies are absolutely essential for the website to function properly. This category only includes cookies that ensures basic functionalities and security features of the website. These cookies do not store any personal information.
Non-necessary
Any cookies that may not be particularly necessary for the website to function and is used specifically to collect user personal data via analytics, ads, other embedded contents are termed as non-necessary cookies. It is mandatory to procure user consent prior to running these cookies on your website.
SAVE & ACCEPT